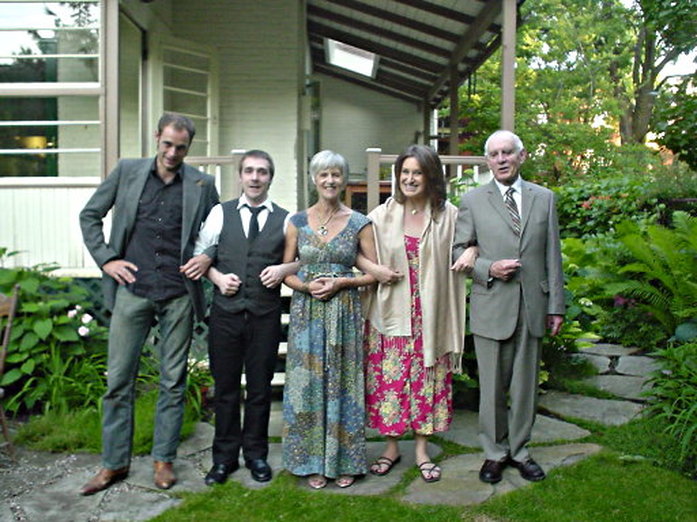 Persephone Productions presented on 1st June, 2010
A magnificent fund-raising gala in honour of our 10th Birthday! 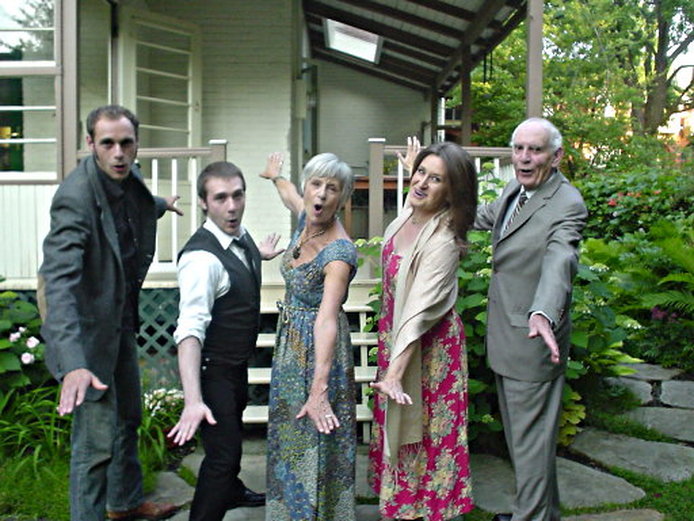 Extracts from Plays over the Last 10 Years and Beyond.....Musical Selections by Ian Smith

A Room of One's Own adapted by Patrick Garland
Virginia Woolf: Gabrielle Soskin

The show was developed and directed by the Company.

Christopher Moore attended the John Abbott College Professional Theatre Program where he received The Pamela Montgomery Award upon Graduation in 2005. It was here that he first met Gabrielle Soskin, as his first year Interpretation and Voice teacher. His first professional show outside school was none other than Spring Awakening by Frank Wedekind, directed by Gabrielle in the fall of 2009. He has worked on every subsequent fall show since then until 2008 including award winning To The Green Fields Beyond by Nick Whitby in 2006 and portraying the role of Iago in Shakespeare's Othello in 2008. Credits outside of Persephone include Benjamin Braddock in The Graduate by Terry Johnson (Hudson Village Theatre), Max in Bent by Martin Sherman (Altera Vitae) and Curley in Steinbeck's Of Mice and Men (Montreal Theatre Ensemble). He will next be stealing some directing assistant credits for John Abbott College's production of Fiddler on the Roof and with Gabrielle herself in Persephone's Fall 2010 production of Henry V by William Shakespeare.

The 2009 recipient of the Elsa Bolam Award in recognition of outstanding achievement by an emerging artist, and a 2003 Pamela Montgomery Award winner, Rebecca is a graduate of the John Abbott College Professional Theatre Program and the British American Drama Academy's Midsummer in Oxford Program.

Selected film and television credits include The Kate Logan Affair, The Long Weekend, The Business II and Barney's Version

Gabrielle came to Montreal from her native country England in 1970.
A graduate of The Bristol Old Vic theatre school, Gabrielle has had passionate relationship with live Theatre for a great part of her life.
She was a member the faculty of the Professional Theatre Department at John Abbott College for many years where she helped train all sorts of aspiring professional theater artists.

She often returns to the stage as a performer. Some memorable moments were Rosemary in Nights in the Garden of Spain and Susan in Bed Among the Lentilsfrom the series Talking Heads by Alan Bennett, Stevie in Stevie by Hugh Whitemore, Doreen in Single Voices by Shelia Hancock, and Pearl in Persephone's acclaimed production of West by Steven Berkoff.

Gabrielle appeared as Virginia Woolf in A Room of One's Ownin 2005 as a fundraiser for Persephone, later taking the show on tour to Hong Kong.

More recently she appeared in The Loves of Shakespeare's Women by Susannah York. This was also a fundraiser for the company. The show reached a wide audience from the Chapelle Vignole in the Eastern Townships to Champaign College in Quebec City. She is thrilled to be performing for you in this special benefit performance alongside Ian Smith and some of the Persephone Alumni.

Gabrielle created Persephone Productions in the year 2000 because she felt that there was an urgent need to have theater company in Montreal that specialized in giving work opportunities to emerging professional graduates in the early years of their careers. The Company has won many MECCA awards and nominations over the years.
In 2007 Gabrielle was given the Myron Galloway MECCA award of distinction as an actor/director/producer for her special contribution to Montreal Theatre.
Gabrielle is also a serious piano student and continues to enjoy her yoga journey.

Aaron Turner is a writer/ actor/ videographer currently studying communications at Concordia University. Past theatrical roles include Melchior in Spring Awakening by Frank Wedekind, John Proctor in The Crucible, by Arthur Miller, Child in To the Green Fields Beyond by Nicholas Whitby and Hart in Unity 1918 by Kevin Kerr. He is a graduate of the John Abbott College Professional Theatre Program and has had the privilege of working with Persephone Productions in the early years of his career. Aaron will be playing King Henry in the fall production of Persephone's Henry V by William Shakespeare.

Ian's first important musical training took place at Trinity college of Music in London, to which he won an open piano scholarship in 1949. After graduating from Trinity he spent his National Service as a clarinettist in the band of the 1st Royal Leicestershire Regiment, after which he taught music in several London schools. At the same time he accompanied widely in the London area. It was in London, too, that he obtained his first degree in English, Music, and German.

On coming to Canada in 1964, Ian taught for the Protestant School Board of Greater Montreal (English, Music, and German) and later at John Abbott College where he taught English and Theatre Workshop. Along the way he completed his MA in German at McGill University and later his Ph.D in English at the Université de Montréal. As in England, his teaching career did not interfere with his piano accompanying - for students of all kinds and for such vocal groups as the Canadian Vocal Quartet and the Cantabile Chorale. He is delighted to further his musical pursuits by accompanying and playing solo piano for the Persephone Gala.