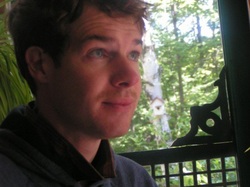 A graduate of Queen's University, Paul Van Dyck is an award-winning playwright, director, and actor. As Artistic Director of Rabbit in a Hat Productions, Paul created the plays Paradise Lost, The Cyclops, Sahara Crossing, Haunted, The Harvester, and directed the world premiere of Katharine Dempsey's Penumbra, the North American premiere of Jim Burke's Cornered, and directed and co-wrote the award-winning Miss Sugarpuss Must Die! Based on his commitment to excellence in the dramatic arts, The Montreal English Critics Circle presented Paul with the prestigious Revelation of the Year Award, while Nightlife Magazine named him one of the top emerging artists in Montreal.

Jaa is a graduate of the Dawson Professional Theatre Program(Dome 2009). Some of his credits include Hard Times (Third Eye Ensemble), The Exonerated (Third Eye Ensemble), Titus Andronicus (M.S.T.C.) and many others. Aside from theatre he's been in a couple films like Inheriting Trouble and Til Death Do Us Part (CMJ productions), Smurfs 2 (Sony pictures), Happy Slapping (OneManBandFilms) just to name a few. Jaa is extremely excited to be apart of Persephone's production of Oroonokoand with the great talent of actors/awesome production team on board this production, its going to be one heck of a show! So buckle up and get ready to venture into the history of an amazing story full of love, bravery and the ultimate resilence of the human spirit.

Rebecca is a graduate of the John Abbott College Professional Theatre Program and the British American Drama Academy's Midsummer in Oxford Program. She was the recipient of the 2009 Elsa Bolam Award for Outstanding Achievement by an Emerging Artist.Rebecca Croll - Aphra Behn

Shannon is a graduate of Concordia University's theatre program. Since graduating she has had the pleasure of working on and off stage in both Toronto and Montreal for Processed theatre, Geordie Productions and Beggars Bag. She is so happy to be back in Montreal for Oroonoko, working with such a great cast and crew.

Born and raised in Montreal, Aiza is a recent graduate of Dawson College's Professional Theatre Program. Always fascinated by the performing arts from a young age, her latest works include the Third Eye Ensemble's The Exonerated, the Segal Centre's In Transit and last summer's feature film production of Smurfs 2, to name a few. You may see her grace the stage again in Youth Theatre's 2013 remount of In this World as well as playing the role of Little Inez in Denise Filatrault's very much anticipated production of Hairspray the musical. I am so excited to be working on Oroonoko with Paul and such a talented cast. It is a true blessing to be able to tell such a beautifully tragic story while pushing myself a little further at the same time. Simply priceless.

Christopher attended the John Abbott College Professional Theatre Program where he received The Pamela Montgomery Award upon graduation in 2005. Since then he has worked as an actor in productions that include Max in Martin Sherman's Bent (Altera Vitae), Benjamin in The Graduate (Hudson Village Theatre) and Titus in Shakespeare's Titus Andronicus (MSTC). He has been on several shows with Persephone playing Duff in Whitby's To The Green Fields Beyond (2007 MECCA for Best Ensemble), Iago in Shakespeare's Othello and co-directing the 2010 season's Henry V. He directed To Be for Persephone last spring and recently played the title role in Persephone's Hamlet.

Alex Goldrich is excited and grateful to be working again with Persephone productions, after having participated in their 2010 production of Henry V. Born in Ottawa, raised in New Brunswick, and a Montrealer since 2007, Alex has performed in such roles as Hotspur in Henry IV, pt 1 (Saint John Shakespeare Festival), Rev. Hale in The Crucible (Saint John Theatre Company), Brick in Cat on a Hot Tin Roof (Saint John Theatre Company), Larry in Closer (Chesterfield Productions) and as Lucius in the Montreal Shakespeare Theatre Company's production of Titus Andronicus. Most recently, he performed Horatio in Persephone's Hamlet. Thanks and love, as always, to Mom and Dad. 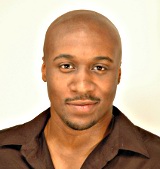 Chris Hicks is a recent graduate of Concordia University's Theatre Performance program. He most recently appeared in Rump as part of the Summer 2012 Montreal Fringe Festival and Third Eye Ensemble's production The Exonerated. Chris is thrilled to be part of Oroonoko and to be playing the part of Aboan. Aboan is a loyal friend with a series of formidable challenges to overcome. Chris hopes you enjoy watching him experience this journey as much as he'll enjoy navigating it. 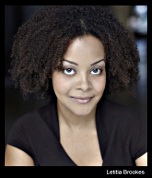 After dabbling in performance years ago, Letitia is finally in a place to commit to it fully. She is a recent graduate of Concordia University's Theatre Program and has also taken classes at the Montreal School of Performing Arts. Her company (Nu Spyce Productions) produced Ntozake Shange's For Colored Girls Who Have Considered Suicide/When the Rainbow is Enuf at Mainline Theatre in 2011. Letitia will also be performing in this summer's Fringe Festival. 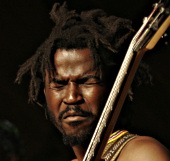 Dumisizwe Vuyo Bhembe, hails from tiny Swaziland. Playing homemade guitars, flutes and drums as a youngster, has eventually lead him to musical stages far and wide.
As a member of Jabali Afrika he has toured extensively nationally and internationally, entertaining all through North America, the Caribbean and other beyond, and along the way making waves in national and international media.
Now, he’s found a new love composing for the theatre. Recently he has done sound design, and performed live music for Teesri Duniya’s beautiful production of Where The Blood Mixes (2012), Black Theatre Workshop’s spellbinding Stori Ya (2011), and for Tableau D’Hôte’s gorgeous award winning Humans (2011) among other amazing productions.

Graduated from the Dawson Theatre Program in 2011, Amos has performed in Moonchildren, Cloud 9, Love's Labour's Lost, A Flea in Her Ear and The Coronation Voyage. In addition to these he has also performed in an adaptation of The Seagull entitledChekov's Children (Title 66) by Logan Williams a colleague and fellow actor. Following that project he performed in The Wild Party (In Your Face Entertainment), a musical.

Patience is a man of many talents, a multidisciplinary artist, working in theater, as a puppet master, a storyteller, a director, a videographer as well as working in computer graphics.
Born in Kinshasa, in the Democratic Republic of Congo, he settled in Montreal in 2012 in order to pursue his artistic career.
Patience Bonheur holds a diploma in the performing arts from the Institut national des Arts de Kinshasa, as well as a professional degree in graphic design and communication from Aptech Computer Education in New Delhi, India. He has also completed training in video editing at Studio Carmen, in Amiens, France.
From 2008 to 2012, Patience worked with street children in Kinshasa, coaching them and facilitating workshops in theater, improvisation and the art of puppetry. During this same period, he also facilitated workshops for amateur groups and high school students in Kinshasa.
Patience participated in the 2012 edition of La balade contée de l'ortie, in France, where he collaborated with the French storyteller Pascal Roumazeille. He also participated in the most recent edition of Festival international des arts de la marionettein Saguenay, Quebec, where he presented a conference on ''the art of puppetry in the Democratic Republic of Congo''.
Patience is presently developing a new story. This work, associated with the art of puppetry, will propose a research project on mixing of sound effects, music, images and movement.

Professionally, Tristan aspires to become a new hope for the bilingual actors of Canada. He graduated in 2010 from the professional acting program at John Abbott College. Recently, he performed in a production of the Tin Can People for the Edinburgh Fringe festival (2011) and the Montreal Fringe (2012) and was also seen as King Alonso in Kaleidoscope's production of Shakespeare'sThe Tempest. He was also part of a wacky production of the South Park movie adapted into a stage musical for CETM's New Wave festival.

Peter is a graduate of both the John Abbott College Professional Theatre program and National Theatre School's Lighting Specialization program. In the past he has worked with the Cirque du Soleil, Les Sept Doigts de la Main, and designed for companies like Montreal Theatre Ensemble and the Hudson Village Theatre. Since 2005, he has returned to John Abbott to teach lighting design and technical drawing.